Results of a major research study, released last week, show that adolescent girls with ADHD are more likely to attempt suicide and to inflict injury on themselves than non-ADHD girls of the same age. 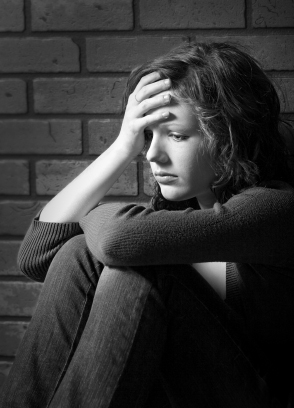 The study, led by Stephen Hinshaw, PhD and published in the August edition of the online Journal of Consulting and Clinical Psychology, reports that these tendencies show up more often in girls diagnosed with primarily impulsive type ADHD. The majority of girls are diagnosed with combined type ADHD, which includes impulsivity as well as inattention, so many are at risk.

I am not surprised in the least. For years I have scoured medical journals and psychology websites for some evidence that ADHD produces a higher rate of suicide (or suicide attempts). I have found precious little research to support my suspicion that ADHD heralds a sobering proclivity to hopelessness. After years of attempting solutions that fail, some adults and children see no other way out but to take their own lives. I am sure they believe the world will be better off without them. I know I did.

Before I turned 30, I was contemptuous of people who flirted with suicide. I believed that they were weak and cowardly or that they were self-pitying, vying for attention. I was self-righteous right up to the day that an avalanche of events stole my optimism and I, too, crossed the line into suicidal thinking. It’s not pretty, but there it is. It’s happened more than once, I am embarrassed to tell you.

As with most research, the data stands alone, subject to interpretation. But Dr. Hinshaw has said many times that societal and peer pressure on adolescent and even elementary school girls, is so strong that it’s almost impossible to avoid psychological damage. “At least one fourth of all U.S. teenage girls are suffering from self-mutilation, eating disorders, significant depression or serious consideration of suicide.” (from Hinshaw’s book The Triple Bind ©2009). Add ADHD into the mix and despair creeps in.

Don’t think for a moment that this study doesn’t apply to you because it was based on two groups of adolescent girls (ADHD and a control). My hunch is that the statistics would hold for ADHD adults, too. Research to prove it is a distant reality, though. I have casually surveyed groups of ADHD adults with ADHD about their close encounters with suicide. The completely unscientific ratio of those who have considered suicide vs those who have not is about 50-50. So not all ADHD adults are at risk. But some of us are.

Obviously I am still here, happy and healthy. There is a primal human lust for survival and I trusted it. But this new research on ADHD helps me remember those dark days in a diferent context. I may have been at the mercy of my undiagnosed ADHD. Would diagnosis and treatment have warded off the whispers of death? Perhaps.

Which makes it doubly important to treat your ADHD instead of hoping it will go away. It’s vital to find a coach, a therapist, a non-judgment friend or a religious counselor who can muck around in your wild brain with you. It’s important to take your medication if you choose that treatment. It’s important to stay connected with other folks who understand from the inside out how it feels to have ADHD.

If you are in the crosshairs of several crises and your resilience has evaporated, know that you are not alone. You have an entire ADDiva community with whom to share your burden. We are here for you. Talk to us. We believe your life has value; there is a reason you are here on this planet at this time in this place.

You are not alone.