Researchers now acknowledge that ADHD plays out differently for women than it does for men because of  our feminine hormones, estrogen and progesterone. 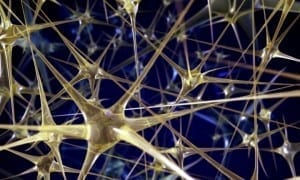 In an article published in Frontiers in Human Neuroscience,  Ronit Haimov-Kockman and Itali Berger connect the dots between cognitive performance and hormone swings, specifically during the menstrual period. Neuroimaging studies indicated that the menstrual cycle impacts a neural network that is connected to cognitive control of emotion. When you draw a line between the work of Dr. Thomas Brown who now believes that emotion plays a major role in the ADHD brain and this new research, it begins to make sense that women’s ADHD brains are at the whim of forces beyond voluntary control..

Ronit Haimov-Kockman and Berger have no answers about ADHD and hormones, but they certainly raise a lot more pointed questions. They suggest that the evidence points to cognitive functions changing during the menstrual cycle for all women. They state there is growing evidence that female hormones that are involved with “synaptic plasticity and neurotransmitter systems may be associated with some of the clinical characteristics of women with ADHD.”  They recommend that future studies take hormones into account when doing research on women’s ADHD.

The catch-22 is that the exact science of sexual hormones is still poorly understand even for non-ADHD women. For instance, conflicting studies show, on one hand, that estrogen plays a significant role in cognition for women and on the other hand, that is has absolutely no impact at all!  The authors of the study, which was conducted at the Hadassah Hebrew University Medical Center in Jerusalem, Israel, conclude that hormonal changes for women may explain the discrepancies between men’s and women’s ADHD symptoms. The line between men’s and women’s symptoms is murky. Remember that men, too,  circulate estrogen, and women have some testosterone for that matter.

What does it mean to us? That regardless of our current state of hormones: pregnancy, menstrual cycles, menopause or post menopause, it’s a good bet that our ADHD symptoms are being affected. It’s important to make sure our psychiatrists, counselors, coaches and family understand the influence of hormones on our ADHD. And it’s important for us to notice our hormone status when life seems out of control, then give ourselves a break. After all, our brains ebb and flow with our hormones, no matter how much or little we have on board.